Have you heard the story about United Breaks Guitars?

Heres what can happen if the wrong person (or the right one) has a bad experience with your business.

Dave Carroll was so frustrated after being worked through the system with no outcome that he asked himself “what would Michael Moore do?”  His answer – write a song and post it on YouTube.

If you haven’t seen it yet, here’s the link 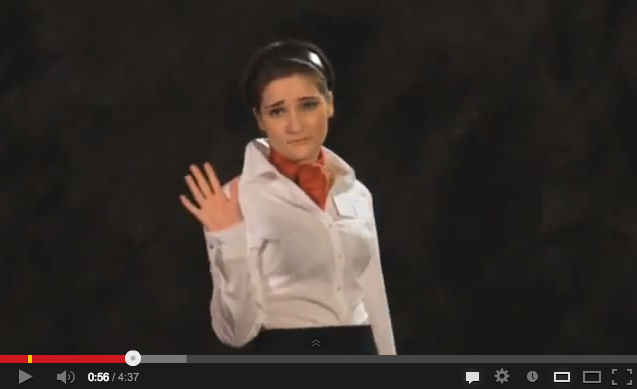 According to the wikipedia page  “Carroll says that his fruitless negotiations with the airline for compensation lasted nine months. Then, thinking what Michael Moore would have done, Carroll wrote a song and created a music video about his experience. The lyrics include the verse “I should have flown with someone else, or gone by car, ’cause United breaks guitars.” Carroll, who has performed as a solo artist and as a member of the group Sons of Maxwell, wrote two sequel songs related to the events. The second video, “United Breaks Guitars: Song 2” was released on YouTube on August 17, 2009. The song takes a humorous look at Carroll’s dealings with “the unflappable” United customer service employee Ms. Irlweg, and targets the “flawed policies” that she was forced to uphold. In March 2010, “United Breaks Guitars: Song 3” was released. The song notes that not all employees at United are “bad apples.” The final line of the trilogy of songs is, “They say that you’re [United] changing and I hope you do, ‘Cause if you don’t then who would fly with you?”

Here’s what happened next…

If this happened to you, how would you respond?  Let us know in the comments

Socialface is a social media management agency based in Sydney, Australia. Every day we post, tweet, blog and pin for businesses around the world, if you’d like to work with us, send us a note on what you need help with to chat@socialface.com.au. We know social, we stay on top of the fast paced changes and we make our clients look great online. To discover more about how we can help you, call us for a chat on 1300 76 46 36.

Testimonials
Engaging Socialface to manage our social media was a great decision.  As a busy company with focused resources, it allowed us to keep our team looking after our clients and the business focused on it’s core objectives.  Socialface took our requirements in social media and consistently delivered, connecting with our clients and providing another tool for communication through our social sites. Excela
Hi socialface crew. We just wanted to drop a line and say how great it is to work with you! Within 24 hours we have increased fans and have taken the experience on our page to the next level – even seeing a spike in traffic to our retail site. Great work!! Megan Bata
It’s great to see a company that implements and not just talks about it. Socialface has a great grasp of the ever evolving world of Facebook and their service means we have more time to focus on our clients. GoFundraise
Shona is full of energy and remains very focused on understanding client needs and then going out of her way to make sure those needs get met. I continue to be impressed by her high standards and high ethics. She is a pleasure to work with and brings a wealth of real-world, tried and tested expereince. Plus she’s fun! Always a bonus in the world or work. Tim Bryden
Just dropping you a note to say thanks. Working with the Sociaface team has allowed me to focus on other marketing activities, knowing very well that our FB strategy, it’s execution and our brand is in great hands; with the team continually finding ways to grow our following and provide engaging and creative content. Gizmo
Shona’s knowledge of the social media revolution is outstanding. Her ability to stay ontop of all the latest social applications and trends is commendable and it shows through her blogging and posting. I thought I knew the world of social until I spent 10 minutes with Shona on the phone. Opened my eyes. Ryan Liubinskas - Account Executive, Salesforce
“As you would be aware running a business is a constant tussle of deciding where to spend your time effectively. Overseeing staff, managing projects and financial matters becomes all too real. In the background you are constantly trying to innovate your business, to improve, and to be relevant. Understanding social media is here to stay we knew we had to be creative and efficient with our time. Engaging “Socialface” brings the extra dimension of being able to use our time effectively and using t… Matt Rogers, R4 Property Group
We have been working with Socialface for over 6 months and couldn’t be happier with the results.  As business owners, we always over task ourselves and under deliver.  It’s nice to know for a small investment, I don’t have to worry about our social media management.   The Facebook page engages our customers in such a way that traditional media cannot even come close.  It’s satisfying to see my customers engaged with the process of Facebook all the while reinforcing my brand to a tar… Paul Peters - Moke InternationalMoke International
Shona and the team at socialface get a giant thumbs up. Not only are they knowledgable and reliable but they are also extremely approachable and ask the right questions to get the best results for us.   We are a start up company and our budget was tight but upon reflection the investment we made with socialface was well worth it. Through social face we got a plan and a direction and really made social media work for us.   Highly recommend the team!!! Matt Harris - Pt App
Having only worked with Socialface for a short time, we’re already seeing some dramatic differences to our Facebook page – both aesthetically and, most importantly, traffic wise. Socialface are a professional, reliable and efficient company who are as passionate about seeing the results as you are. Tanya Bacic - Paradise Bay Eco Escape
Categories
We use cookies to ensure that we give you the best experience on our website. If you continue to use this site we will assume that you are happy with it.OkPrivacy policy