Over 9 million Aussies are accessing facebook on a daily basis and that’s no number to be scoffed at!

An excerpt from a recent Sensis report says:

“We’re seeing major changes in the way Aussies are now using social media,” said Kelly Brough, Executive General Manager, Digital Partnerships and Innovation at Sensis. “The average consumer is now more likely to post a comment or tweet from a mobile device and the number of people using tablets has almost doubled in the past 12 months.”

Lets take a look at the current numbers and the bigger reason why Erik Qualmans quote around having no choice to do social media is more valid than ever before….

If you’d like to develop a strategy to ensure your business is using social media effectively, we’d love to help. 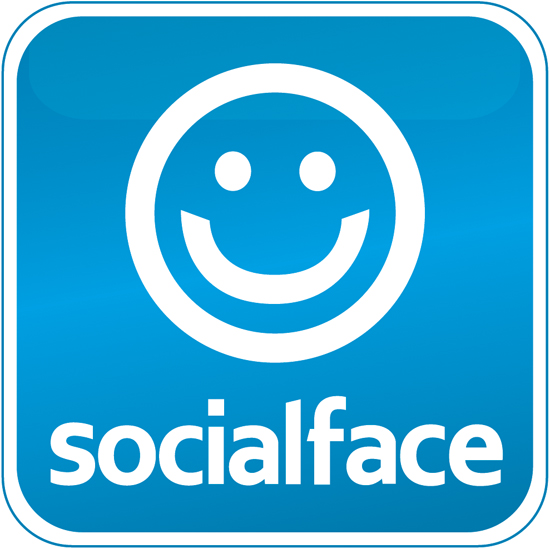 Socialface is a social media management agency based in Sydney, Australia.

Every day we post, tweet, blog and pin for businesses around the world, if you’d like to work with send us a note on what you need help with by clicking here.

We know social, we stay on top of the fast paced changes and we make our clients look great online.

Socialface is a social media management agency based in Sydney, Australia. Every day we post, tweet, blog and pin for businesses around the world, if you’d like to work with us, send us a note on what you need help with to chat@socialface.com.au. We know social, we stay on top of the fast paced changes and we make our clients look great online. To discover more about how we can help you, call us for a chat on 1300 76 46 36.

Testimonials
Having only worked with Socialface for a short time, we’re already seeing some dramatic differences to our Facebook page – both aesthetically and, most importantly, traffic wise. Socialface are a professional, reliable and efficient company who are as passionate about seeing the results as you are. Tanya Bacic - Paradise Bay Eco Escape
We have been working with Socialface for over 6 months and couldn’t be happier with the results.  As business owners, we always over task ourselves and under deliver.  It’s nice to know for a small investment, I don’t have to worry about our social media management.   The Facebook page engages our customers in such a way that traditional media cannot even come close.  It’s satisfying to see my customers engaged with the process of Facebook all the while reinforcing my brand to a tar… Paul Peters - Moke InternationalMoke International
We began work with Shona in early 2012 and have been impressed with her energy and creativity when it comes to handling and developing social media content for a financial services company. We look forward to working with her going forward as we continue to develop our brand and explore the uses of social media – and Shona has many ideas for us! Sacha Loutkovsky
It’s great to see a company that implements and not just talks about it. Socialface has a great grasp of the ever evolving world of Facebook and their service means we have more time to focus on our clients. GoFundraise
Engaging Socialface to manage our social media was a great decision.  As a busy company with focused resources, it allowed us to keep our team looking after our clients and the business focused on it’s core objectives.  Socialface took our requirements in social media and consistently delivered, connecting with our clients and providing another tool for communication through our social sites. Excela
Dear socialface, Thank you for your guidance & regular content management of our Facebook campaign. I truly could not have pulled it together without your support, encouragement and guidance. It seems like the ideal business for you Shona, integrating your love of technology, being an early adopter of ideas, and being someone who trives on connecting people and building relationships. It was a privilege to experience this all first hand through your Facebook management. Sophie Bartho - 1 dollar day
I have worked with Shona for the past couple of years as she guided me the ‘social media’ adventure!
From being naively ignorant I am now modestly competent – a new web site, over 80 Blogs, Facebook Pages with Twitter and LinkedIn.
Shona’s work is outstanding – every chat with her was both reassuring and enriching and we moved forward together.
Loved every session with her.
Ben K
Shona and the team at socialface get a giant thumbs up. Not only are they knowledgable and reliable but they are also extremely approachable and ask the right questions to get the best results for us.   We are a start up company and our budget was tight but upon reflection the investment we made with socialface was well worth it. Through social face we got a plan and a direction and really made social media work for us.   Highly recommend the team!!! Matt Harris - Pt App
Just dropping you a note to say thanks. Working with the Sociaface team has allowed me to focus on other marketing activities, knowing very well that our FB strategy, it’s execution and our brand is in great hands; with the team continually finding ways to grow our following and provide engaging and creative content. Gizmo
Shona is most reliable and responsible.  She is knowledgable in her field and as such the socialface team come up with great ideas to make you stand apart. Danielle Chiel - Luxury Hand Knits
Categories
We use cookies to ensure that we give you the best experience on our website. If you continue to use this site we will assume that you are happy with it.OkPrivacy policy